Today was a laborious and unmotivated piano practice day. I had to read the little one 1 poem in exchange for practicing every single page of Liadov’s Little Waltz. On page 4, I had to read 1 poem per sentence of 2 handed practice…We managed to cover all Czerny etudes, Beethoven Sonatina, Bach Prelude, Liadov’s Little Waltz…but left out the scales and chords practice. We called it a day and ended up with reading poems on the couch. We had dinner after practice. I led her into some open ended unstructured creative play after dinner (to balance out the very structured and focused piano practice). I gave her carte blanche to set up our summer seasons table… She created a diorama of mermaids under the sea with silks, seashells, dangling seahorses and mermaids in the scene. She then suggests that we should put up a puppet show. She is inspired to play her piano pieces to accompany the puppet show that we will perform.

Mama’s notes: It is amazing how life is so new, fresh and exciting for children. The poems work as reinforcers for today’s work because, this was Nunu’s first introduction to the poetry form of limericks. By calling these poems limericks (instead of just “poems”), it whetted her desire to hear them. I read each 5 liners (limericks have 5 lines only) as reinforcers for her discrete sets of practice. She was satisfied because these were the “Nonsense Rhymes of Edward Lear”.

There was an Old man with a beard… 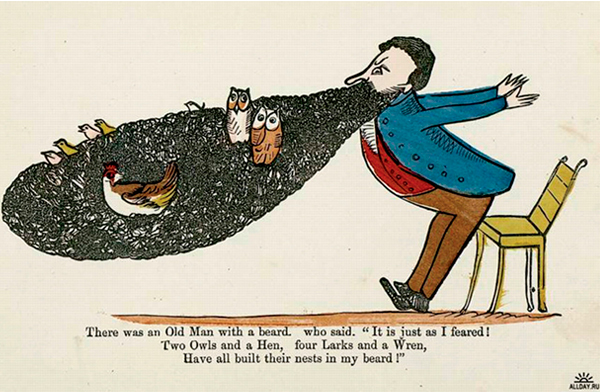